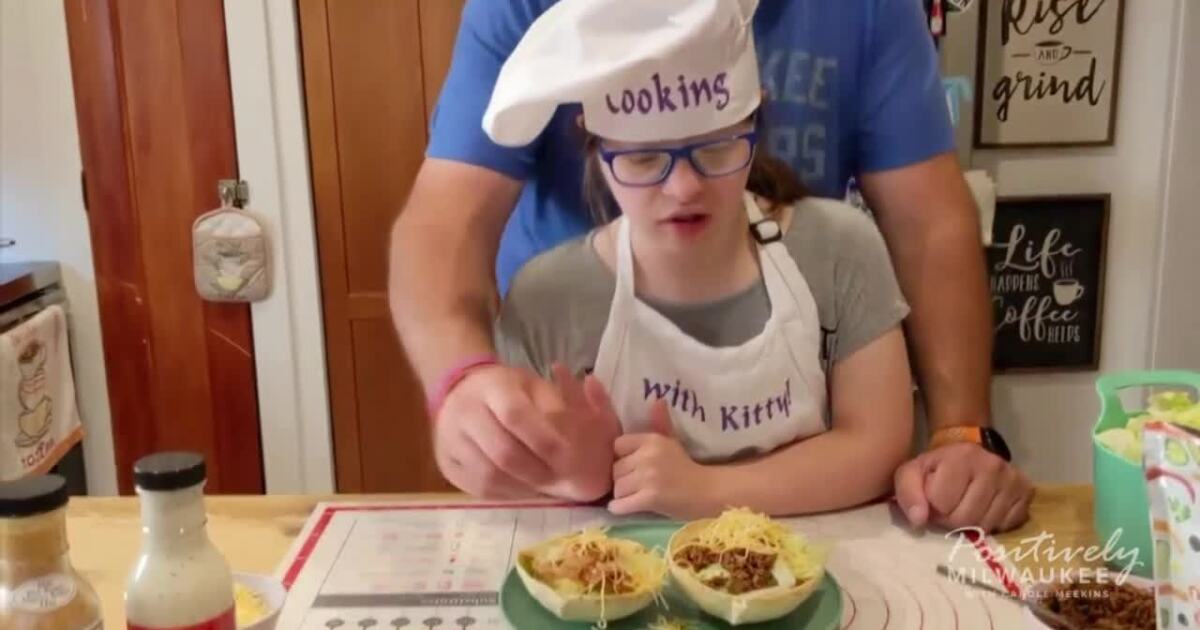 Cooking can be a lot of fun – and a lot of work.

Kitty Storey finds out in Wauwatosa through her cooking show on YouTube.

Kitty and her father Dan spend a lot of time at their kitchen counter doing the show. She recently learned one of the harder truths of cooking.

“What are onions doing?” Dan asks.

But that doesn’t stop her from her newfound passion.

Her YouTube channel – Cooking with Kitty – was inspired by her independent living course. Her mother Kim says Kitty is double diagnosed with Down syndrome and autism. Kitty’s teachers sent her home recipes to try, and Kim sent her back videos of Kitty making them.

“And they really started to get cute!” Kim says. “So I started sharing it with my friends on social media and a lot of them pushed us, they said, ‘You have to do something with it, you have to turn it into a YouTube page!'”

“You can see their growth from the first video until now,” says Kim. “And see how much more independent she is with her hacking skills and what she can do.”

Now Kitty has hundreds of followers – and lots of confidence!

She sells goods now. And she got so famous that people want to work with her. She did an episode with Shake Shack and is preparing to make pasta with Egg & Flour.

But Kim says that not only does Kitty gain confidence, but so do other kids just by watching. Kim says she got a message from a mother of a nonverbal son.

“And when he watched the videos, he started mumbling words like pot and pan!” Kim remembers. “And it was the most touching thing ever and it was like, ‘Oh yeah, that’s why we’re doing this.’ And as long as we do something for people, we will continue to do so. “

Kim hopes the videos won’t just help children with disabilities. She hopes neurotypical people can see that we are all much more alike than we are different.

If you want to help Kitty, all she’ll ask is one thing: