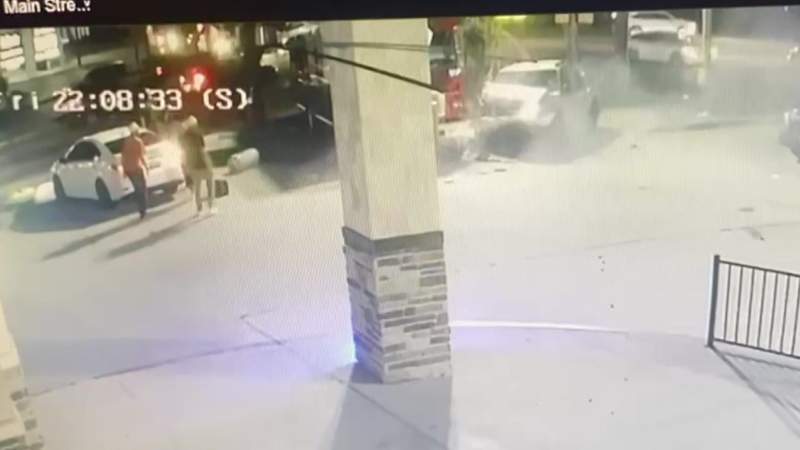 SPRING – The owner of a local food truck is now calling the community for help after several of his employees were badly burned and injured after a pick-up truck crashed into their food truck after crossing a red light.

The accident occurred on Friday evening after a driver of a pick-up truck ran over a red truck on the Stübner Road airline near Louetta Road. The surveillance video shows the pick-up hitting the driver’s side of the Main Chick food truck.

“It was a pretty terrible scene,” said owner Ali Nasser.

Nasser opened the Main Chick food truck during the pandemic. The food truck built an online following for chicken that was made in many ways.

“Sandwiches, as well as tender ones, on fries,” Nasser.

On Friday night, however, the pick-up truck crashed into the food truck with several customers.

“The driver passed a red light at a very high speed,” said Nasser. “Unfortunately we were in operation.”

Four employees were working inside during the crash. Hot frying oil harmed two of the employees. Another employee suffered back and neck injuries as a result of the impact, and one of the two burned employees was pushed into the oil.

While the truck suffered damage from the impact, including visible dents, a propane tank and flat tire blew. Nasser said the focus is now on helping his employees. He set up a GoFundMe page to raise funds for the employee’s recovery funds.

“From day one we received an incredible amount of support, and that means the world to us,” said Nasser.

The site raised more than $ 9,000 on Monday evening. Nasser hopes that other drivers will learn from this terrible accident.

Main Chick should be up and running within a few days.

“Our employees worry us most,” said Nasser.