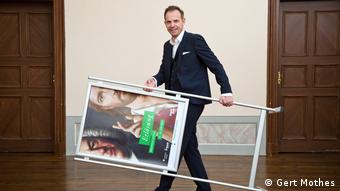 The pews in the St. Nicholas Church were not yet filled, but the opening concert of the Amsterdam Baroque Orchestra and Choir at the Leipzig Bach Festival received thunderous applause.

Under the direction of Bach Archive President Ton Koopman, the wind instrumentalists were particularly praised as oboes, horns and trumpets – all players of historical instruments who had to master many difficult virtuoso passages and at the same time had to adapt to the acoustics of the church.

“How nice that there are people here,” said Mayor Burkhard Jung in his greeting.

Originally planned for May, the Bach Festival had to be canceled due to the COVID pandemic, instead the concerts were switched to online streaming at short notice.

Because of COVID-19, only a small audience was allowed to be present in the Nikolaikirche in Leipzig

“I’m proud that we kept our cool and pulled through,” says Michael Maul, director of the Bach Festival, DW.

More than 100 events were originally planned. “At least I was able to save the heart of the festival, the” Messiah “cycle with 12 choral symphony concerts, which were very complex to realize,” says Maul with relief.

A total of 30 cantatas, three oratorios and the St. Matthew Passion by Johann Sebastian Bach can be heard in the cycle “Bach’s Messias” with well-known Bach orchestras and performers, including Masaaki Suzuki, Vaclav Luks, Justin Doyle and the St Thomas Boys Choir Leipzig. They are either performed live in front of an audience or via livestream.

With over 70,000 visitors annually – 40% of them from abroad – the Bach Festival is the largest international classical music festival in Germany. Visitors come to experience Bach’s music at the original locations.

The international audience may be missing this year, but die-hard Bach fans have nevertheless found their way here. “I already know visitors from Monaco, Japan and America. They prevailed and came to Leipzig, ”says Maul.

Bach cantatas are particularly popular with the audience. In keeping with the festival theme of 2021 “Redemption”, Maul has designed a cantata cycle for this year around Jesus of Nazareth.

Bach did not write his own “Messiah” oratorio like Georg Friedrich Händel, but various pieces of Bach could be put together to form a large oratorio of their own. “Everywhere you can find cantatas that are very close to biblical events – a large-scale history of the impact of Jesus in musical images,” explains Maul. 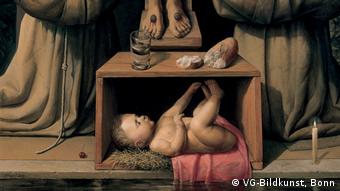 The pieces cover the life and time of Jesus from the promise and birth of the Messiah, the Sermon on the Mount, the calling of the disciples and the various parables and miracles to the entry into Jerusalem, crucifixion, resurrection and ascension, according to biblical texts by Martin Luther. If you put the 12 concerts of the cycle together, the whole thing is as extensive as Richard Wagner’s famous opera cycle Der Ring des Nibelungen, explains Maul.

For the chronology of events, Maul relied on the trilogy Jesus of Nazareth by Pope Emeritus Benedict XVI. He often corresponded with the Pope, who revealed his love for the music of the Protestant Bach.

Benedict even wrote a foreword for the Bach Festival, in which he emphasized the timeless effect of Bach’s music as an ambassador of a “faith that has died out in many places”.

“That was a very nice preface to the cycle, and I also know that it is now in the Vatican via our post-cycle streaming service,” added Maul.

The opening weekend began with the promise and announcement of the birth of Jesus through to the miracles he performed.

Bach’s Christmas Oratorio, which deals with the birth of Jesus, was performed by Thomaskantor Gotthold Schwarz with the Thomas Boys and the Academy for Old Music Berlin, Akamus for short. “It’s strange to do the work now in the summer, but once you get into the biblical story of the Christmas Gospel, it doesn’t seem so out of place,” Schwarz told DW.

The pandemic had also affected the choir rehearsals, with Black only being able to rehearse with small groups. Other members were connected online. “That’s how we managed to keep the choir together, that was the most important thing, with all the musical tasks.”

The Christmas Oratorio, which is part of the standard repertoire of the choir, also known as the “Thomaner”, was actually planned before the pandemic, but could not be performed.

“Boys who were still in soprano or alto at the last appearance have now slipped into the male voice,” says Schwarz. However, this has always been a natural development in the choir. “It’s always a new beginning.”

The cantor would never have dreamed that at the end of the day he would be allowed to sing St. Thomas in the chancel of St. “This is definitely a happy event for all Thomaners.”

The audience was also enthusiastic. At the end of the concert, many flocked to the front and cheered the orchestra and choir rousingly. 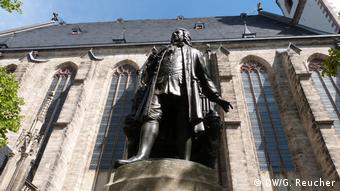 The Bach monument in front of the Thomaskirche

The Bach Festival runs until June 20th. All concerts are streamed and can be accessed on a new platform, bachfromhome.live, one year after the festival. This joint project of the Thuringian Bach Weeks, the Leipzig Bach Festival and the Köthener Bach Festival benefits all Bach fans worldwide who were unable to travel to the concerts in person.

Adapted from the German by Brenda Haas