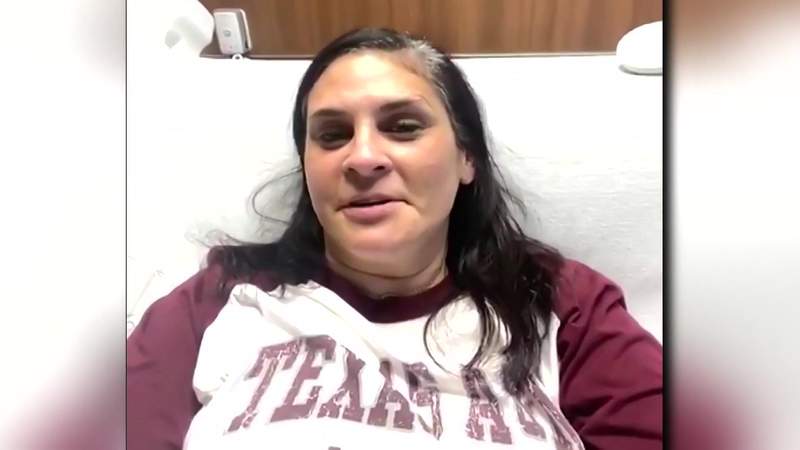 HOUSTON – As a mom and avid cook, Clarissa Montgomery has made tortilla chips countless times, but she had a very serious accident in the kitchen a little over a week ago. Now the mother is healing in the cremation department at Memorial Hermann and sending a strong message to others from her hospital bed.

“It was and is very, very painful,” said Montgomery.

On June 14, a routine trip to the kitchen to fry tortilla chips left the wife and mother of two in excruciating pain. Montgomery now has second and third degree burns that cover 30% of her body.

“They’re all over the back and on either side of my legs. Pretty extensive, ”said Montgomery.

The elementary school teacher was on her last summons for today when she said she made a big mistake by not scooping the chips away from her. A simple step that would change her life forever.

“I scooped it up and the entire pan of boiling oil fell on me, and then I slipped on the oil and fell to the floor,” said Montgomery.

The severe burns left behind are too vivid for us, but turned out to be so severe that the doctors decided during a follow-up examination to take them to the burn station at the Hermann Memorial.

“So now we’re talking about skin grafts, potential skin grafts, and debridement, which is literally scraping off all of the dead skin,” said Montgomery.

She has received a surge of support since the incident. A GoFundMe has been set up to help Montgomery with medical expenses.

Montgomery is now paying it off with advice to prevent others from making the same mistake.

“Accidents can happen when you are not aware, and I think I did not realize that there was danger right in front of me,” said Montgomery.