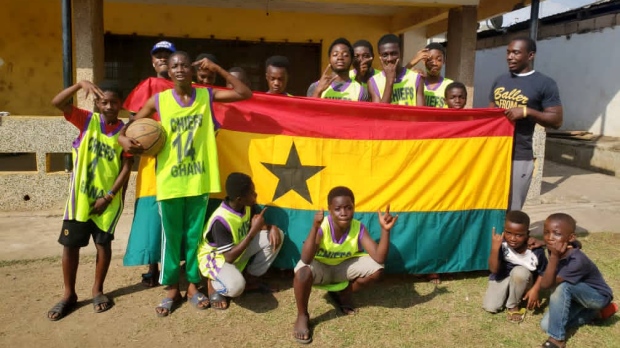 TORONTO – Hope Agbolosoo grew up in Ghana with a dream of becoming a basketball player, but he didn’t have the resources.

“The closest thing I got to basketball was putting a hula hoop next to my house. We would use balloons for the ball and it would take that long for the ball to come down, ”he said.

The 21-year-old moved to Canada when he was 10. He played basketball in Milton until he broke his leg in high school.

Agbolosoo returned to Ghana a few years ago to run basketball camps for some of the local children, but the courts were in worse shape than he remembered and unsafe.

He started a fitness company called Hope Fitness in Milton, where he trains children.

He also founded Project Hope with the aim of building basketball courts in communities across Ghana.

He’s already built two courts in Ghana with the money he saved – one in his old neighborhood and the other at his father’s former high school.

“I want to make sure they can find and play basketball because basketball is a vehicle that allows you to take seats,” he said

For Agbolosoo, the project is not about turning children into professional athletes. It’s about keeping kids busy, healthy, and giving them opportunities.

With the money he wants to build more courts and provide children with balls, shoes and uniforms.