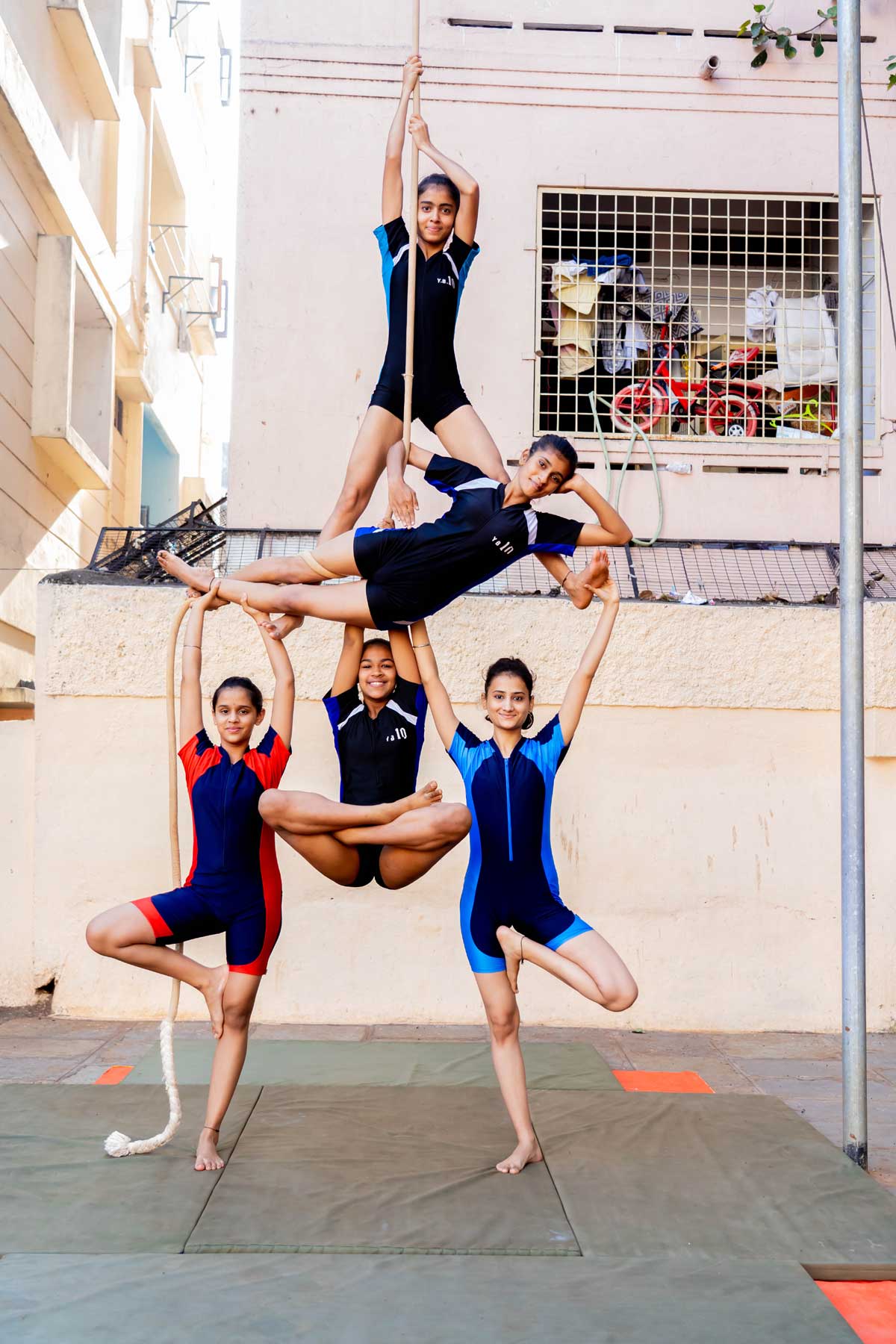 Hyderabad: As we step down the back streets of Badichowdi, the sound of children screaming loudly and cheering on their peers, encouraging them to perform better, leads us to the Health League Trust, where several young people are trained in traditional Indian sports from Mallakhamb.

Established 77 years ago, the trust was the place where several hundred of the town’s children learned several traditional sports and stayed fit and agile.

“The Health League was founded in 1944 and since then we have been training boys and girls in Mallakhamb, Kho Kho, yoga and modern gymnastics. Mallakhamb basically does all asanas on the bar and hanging rope. We take boys and girls from the age of five and train them. This is recognized by the Sports Authority of India and we are the authorized coaching center under the Khelo India program, ”says Captain Shanti Swaroop Lele, Secretary of the Health League and former officer in the Merchant Navy.

“We mainly train students in indigenous games and from families who cannot afford racket sports. We have taught for free over the years and have been charging a nominal fee since last year. We have also initiated a diet program in which we give them a nutritious dietary supplement. We have 150 boys and girls on site every evening. 75 of them are trained in Mallakhamb, for which we have three ropes and three poles on the ground. We also have kabbadi, kho kho and yoga, ”adds Captain Lele, who advises that it is always better to start the child young. It’s a daily activity with the exception of Sundays.

The word mallakhamb also refers to the bar used in sports. The rod is usually made from sheesham (Indian rosewood) polished with castor oil. Three popular versions of mallakhamb are practiced with a sheesham bar or rope. The name Mallakhamb is derived from the terms malla, which means wrestler, and khamb, which means rod.

Pole Mallakhamb: The vertical wooden post is attached to the ground and coated with castor oil to minimize friction. Participants perform various acrobatic tricks and poses while hanging from the pole. Wrestlers mount, dismount, and use the bar for various complex callisthenics to improve their grip, endurance, and strength in arms, legs, and torso. 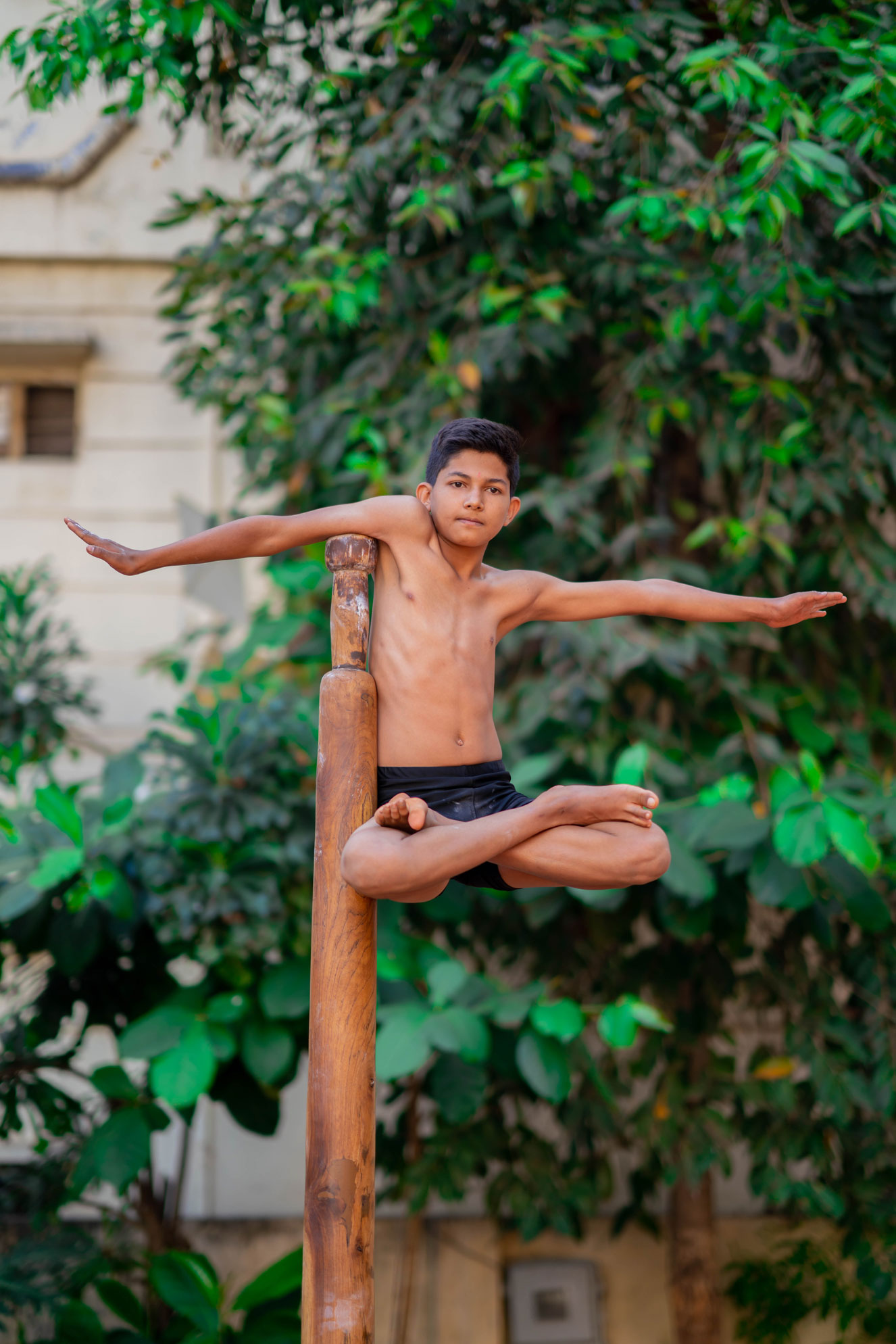 Mallakhamb rope: In this variation, the student performs exercises while hanging from a rope suspended from the top of a support. The rope is typically 5.5 meters long and approximately 1 to 2 centimeters in diameter. The performer traps the rope in the gap between the big toe and the second toe using one or both hands.

After the performer has climbed up the rope, he ties the rope around the body in several steps. The performer then attains various positions called udi (for flying), some of which are imitations of standard asanas. 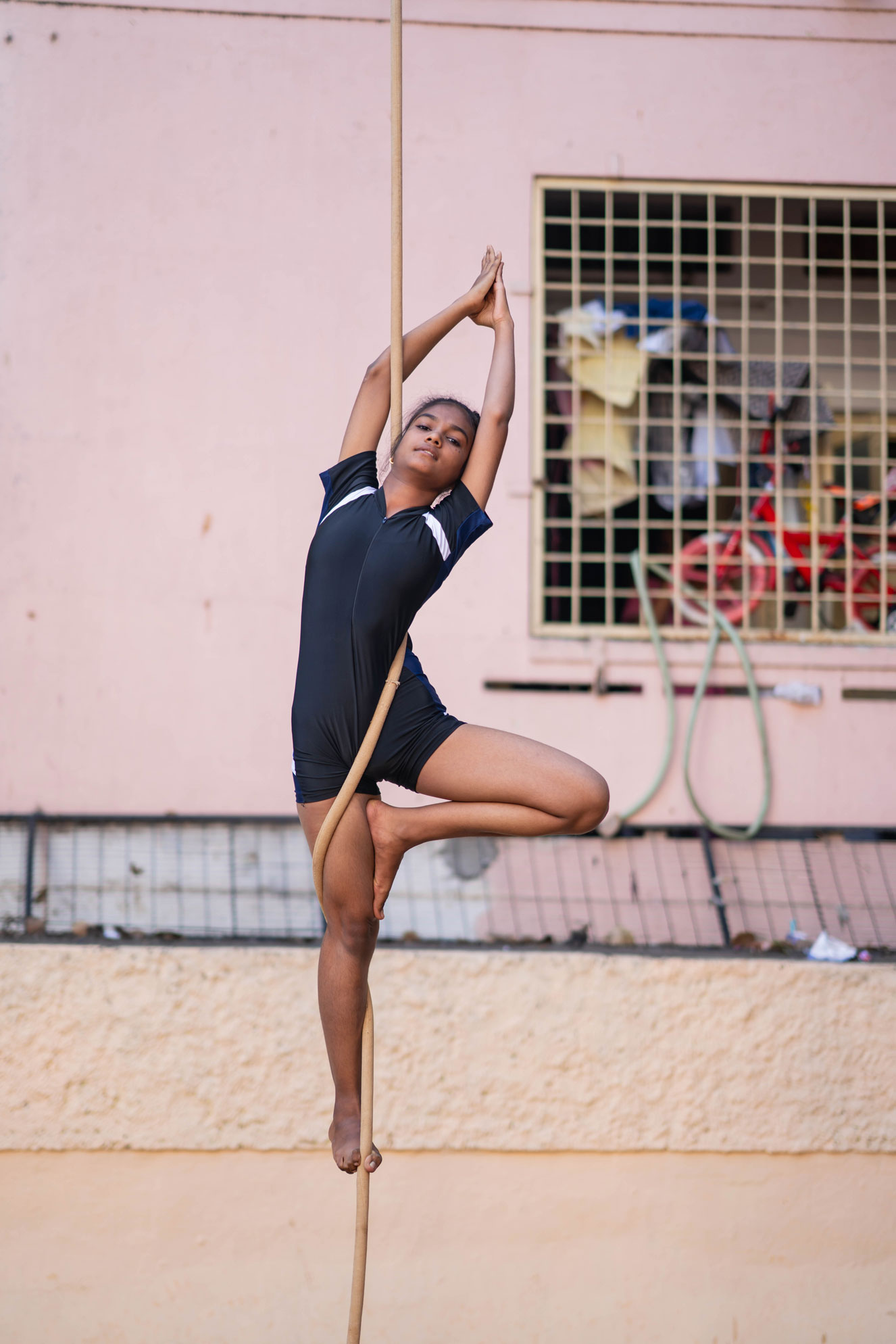