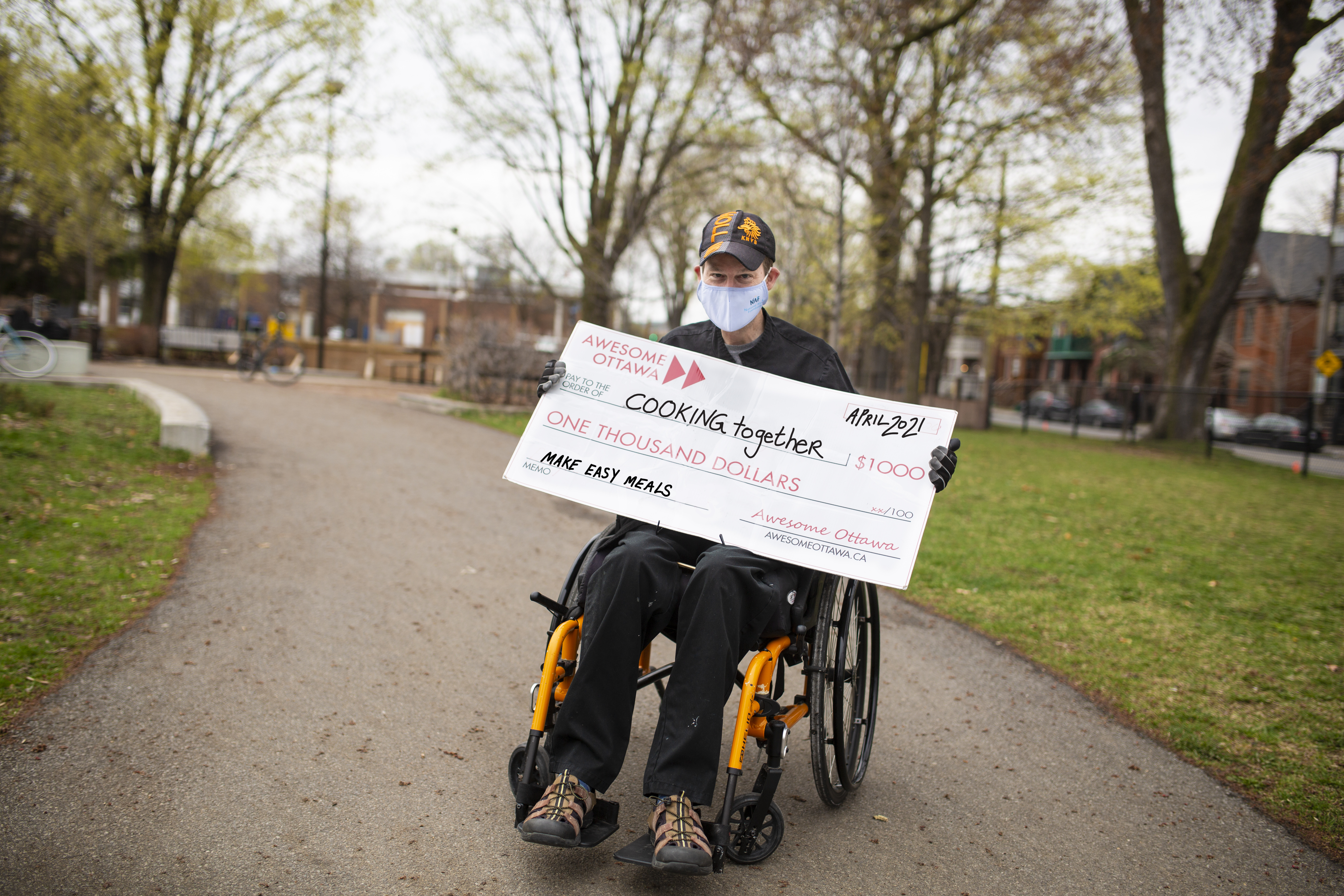 The April Awesome Ottawa Award goes to Richard Stewart to support his efforts to teach other people with disabilities how to cook simple, healthy meals.

“I used to be a cook,” explains Richard, “now I’m confined to a wheelchair and can no longer cook professionally. In order to find a way to keep cooking and give something back to the community, I started preparing some meals for others and eventually came up with the idea of ​​teaching other people with disabilities to cook – so that they can feel and have more independent. ”

“I reached out to some of the local food banks and asked them if this would be useful for their customers,” he continues, “and they loved the idea. I did a first class at Zoom and I was hoping five people could attend – I had 26. I actually had to plan a second class! “

“I don’t just want to connect people with each other, but also with the resources they need to be able to cook safely,” explains Richard. “For example, to let them know what’s available and where to get safe kitchen appliances, such as specially designed handles, plates and frying pans.”

“My goal is to hold these courses more and more often. I would talk to the grocery bank about what they have in abundance and base this week’s food on that. I would also show how to cook vegetables, then portion and freeze them to make other things for the future – like dicing an onion and placing it in ice cube trays and then in a freezer bag. Then all they have to do is take the vegetables that have already been cooked and put together a meal. I am very excited about it! “

Richard was hospitalized two and a half years ago when he suddenly couldn’t walk and had seizures. After five months in the hospital, he was diagnosed with neurological degenerative disorder and said he would never be able to live alone again. “I had to give up my place and move to an old people’s home,” he says, “but I’ve fought hard and am now in an independently supported life. I would also like to help others to live independently. “

Awesome Ottawa is part of a global movement of self-organizing chapters that are promoting Awesome’s interest in the universe for $ 1,000 each. In each chapter, about ten “trustees” donate $ 100 each month and review brief applications received online to determine who will receive the funds raised – usually a local project, but occasionally a particularly grand one, far from home. Over $ 5 million has been awarded worldwide – $ 138,000 of that from Awesome Ottawa.

More information is available at http://www.awesomeottawa.ca.