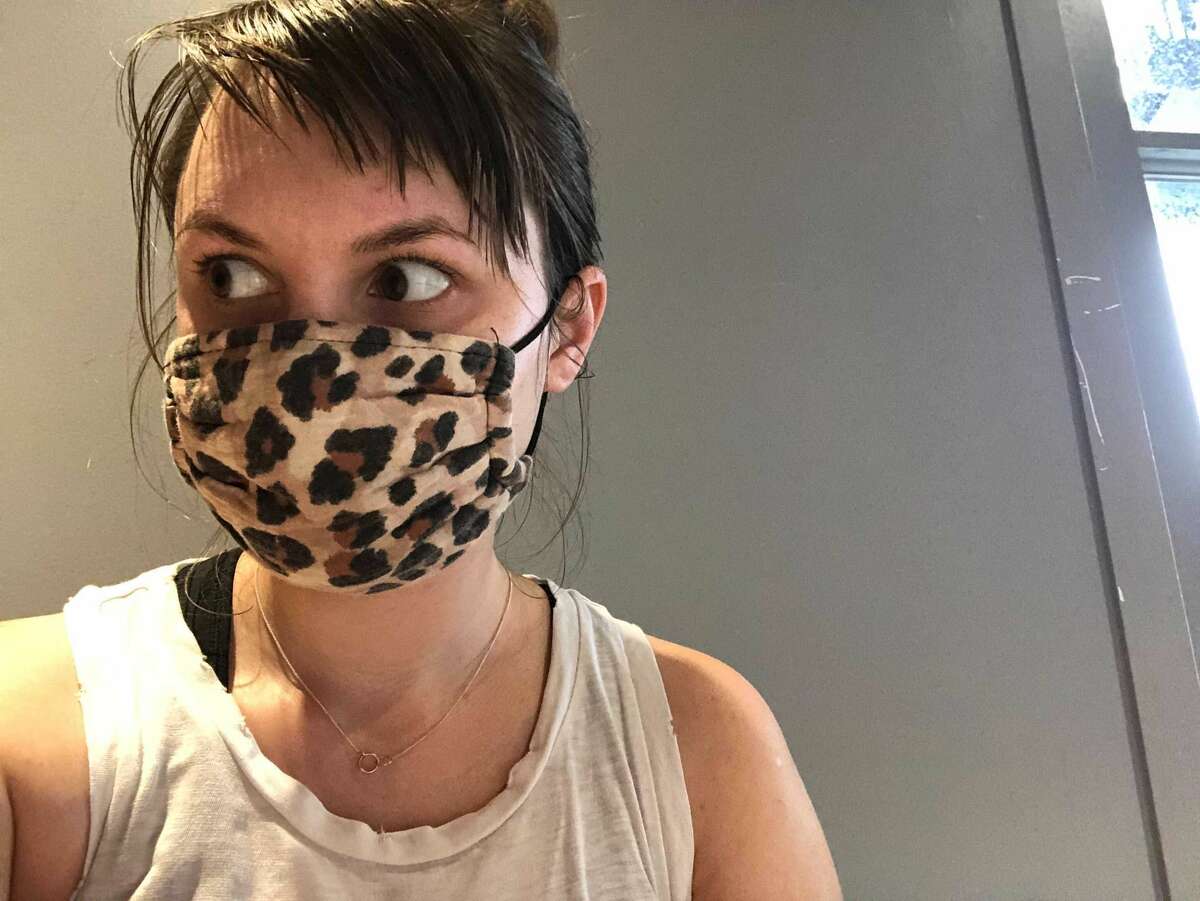 I was on a treadmill for the first time in years and my lungs were screaming.

All around me was a strange environment: a training studio with exotic lighting and masked movements, lifting and running – and I in the middle of the action to remind myself how to keep jogging in my apartment after a year.

“Are you okay?” Asked my trainer. “Your heart rate is really high.”

I glanced at my traitor: a monitor on the wall with my name, heart rate, and the number of calories I’d burned so far that day. All of them were color coded and displayed next to my classmates’ stats for easy reference. my) confident comparison.

After confirming with the screen that my heart was still in the exciting red explosion area, I turned to his accomplice: the skinny heart rate monitor on my forearm that had cost me the amount of good concert tickets and then sold me out at the earliest possible time . The numbers on the screen confirmed it: I was sucking on power walking and watching my suction power in real time.

“I am fine!” I gasped and suppressed a croak, the way people feel good do. My trainer nodded and let me suffer.

HOT VAXXED SUMMER: 7 things the girls and I will do once we all get this cute vaccine

The way I found myself on a treadmill trying to remember how my legs work may sound familiar.

I started going to this particular gym in March after sitting, staying, and resigning to my constantly deteriorating mental and physical health for a year. The beginning of the New Year seemed at least to promise the beginning of the end of those bad times. Then a coup happened and the entire state froze because it is apparently expensive not to freeze.

When Winter Storm Uri sat in the dark and killed and turned upside down, the low normality I still had was a breaking point – a knockout blow that my pandemic-infected brain ducked and shifted for 12 months. I finally hit the wall. I was out of shape and fidgeting. I had to do something.

Where to start, however, was the problem. I’ve always been terrible at working out on my own, and I’ve never been one to get into a new frenzy – let alone spend money on a trendy group exercise.

But a lot can happen in a year, and in March I willingly gave up a fair chunk of my monthly income to go to a specific gym that favors heart rate monitors, group training, and the liberal use of the color orange.

I had a goal, and that was to pull my rotting brain out of the depressive swamp it had settled in for the past year. I fully expected to feel out of place and roll my eyes at the “sophistication” I was warned about at this particular gym. (Even active members joke about the culture – which they can at least laugh at themselves).

My plan was simple: go in, don’t interact with anyone, wish death, and leave.

And I definitely wished myself death every time I stepped on the stupid rowing machines and treadmills that are at the core of all rituals at the cult gym, or struggling to pick up the weights (even stupid ones) on the multi-gym – weights that normally were lighter than anyone else. At least the orange ceiling lights on the gym floor hid the bangs that stuck to my forehead and showed me what it could be like to live in hell.

Don’t get a pony if you ever want to look your best in the gym.

But the debilitating depression that had ingrained me on my couch when I saw “BoJack Horseman” was slowly being replaced with new and different debilitating sensations: muscle pain from inclined tread work and quad cramps from godly burpees. Soon I was stumbling down the stairs for a walk with dogs that were suddenly too fast for my dead legs to keep up.

And as much as I was afraid of being noticed on the gym floor, interacting with real people felt good again.

Little things like nods of the head and brief pity for the person next to me as I fight my way through squat jacks were an unexpected lifeline. A trainer has started to greet me by name at class – which I think is part of their job but means a lot when trying to get back into a physical world that isn’t just me, my friend, and my dogs.

HOUSTON HEAT: Here’s what local experts recommend when it comes to skin care during a summer in Houston

A few months ago, I spent days on the couch avoiding my sister’s calls. Now I can (almost) do a push-up and have actually engaged in idle small talk while strapping myself into the new curse of my existence: the damn rower. I get stronger in new ways, using muscles and social graces that I hadn’t used in a long time. After spending months alone on the couch, does it feel … really good to walk next to a stranger in a rubbery orange pain chamber?

Plus, for the first time in years, I ran a mile in less than 10 minutes – something I didn’t think I could do again for a long time. And I have to say, joining the “Can walk a mile if necessary” cult feels good.