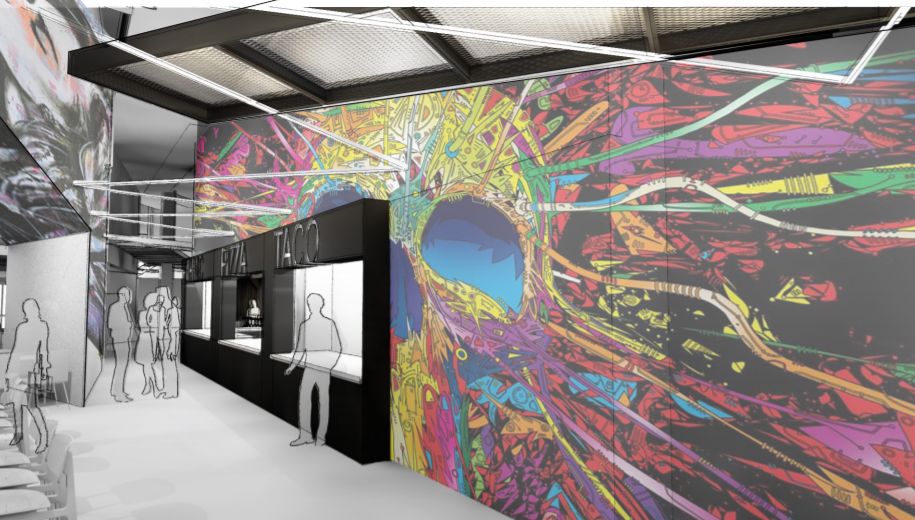 Mark Shaker wants to give the new inner city that is being built in Westminster its food hall touch.

The Denver-based developer and restaurateur plans to open a new 12,000-square-foot grocery store at 5850 W. Central Ave. next year. to open on the ground floor of a residential building currently under construction with 226 units.

“I’m very interested in the periphery of the Denver metropolitan area. I’ve already opened two in Golden and Aurora, ”said Shaker. “The transformation of downtown Westminster is really exciting and I’ve been talking to the city about joining for years. So when I saw other great vendors like Tattered Cover and Tap & Burger, I knew this was going to be a great opportunity. “

Shaker is a co-founder of Aurora’s Stanley Marketplace, Denver’s Broadway Market, and the recently launched Golden Mill in Golden.

His new five-stall Westminster Food Hall will be called Westminster Alley and feature a street art theme with a variety of murals. Although he hasn’t picked any vendors yet, he said it will be a mix of ethnic and comfort food, much like Golden Mill’s options.

“We want to surprise people when they come in there,” said Shaker. “It’s going to feel like a bunch of New York alleys and the idea is something you wouldn’t expect in the heart of Westminster.”

The restaurateur signed a lease on the ground floor of the Aspire apartment building last month. He hired Handprint Architecture, who also worked on Golden Mill, to design the space and Minneapolis-based developer Sherman Associates to complete construction, which will begin in August. Shaker said he hopes to open Westminster Alley by May 2022.

The new inner city of Westminster is being developed on approximately 105 acres of what used to be Westminster Mall. The city completed the purchase of the derelict property in 2011 and proceeded to demolish it and plan the neighborhood.

Westminster Alley will be reminiscent of the streets of New York City with graffiti murals.

Completed so far is an Alamo Drafthouse, a 125-room Origin hotel that will house a new Tattered Cover bookstore and two apartment complexes.

“We thought Golden was a great city that was a little underserved, and we would say the same thing about Westminster,” Shaker said. “Meeting with their officials and seeing their vision for the next 15 years was a compelling narrative, and we want to be a great meeting point for the new dynamic of this church.”

In addition to his new venture, Shaker is preparing to open two food stalls in the new seven-story McGregor Square food hall called Milepost Zero on the corner of 19th Street and Wazee Street in late June.

Tora Noodles will be a spin-off of Tora Ramen from Broadway Market with a variety of Asian dishes, and he also has plans for an unnamed ice cream and coffee stand. He’ll be joining Chef Troy Guard, who is opening a booth in Los Chingones, as well as a new sushi concept called Tiny Giant Sushi.

In October, Shaker temporarily closed Broadway Market at Capitol Hill, 950 N. Broadway, for the winter due to the lack of outdoor seating. He said he plans to keep it closed all summer and reopen on Labor Day in hopes of downtown office traffic picking up.

Management Z Season 2, Cooking with Paris, 76: What to See on August 4th

TheEat: Deal with your self to a decadent rooster liver mousse after a day of cooking Arts and Tradition

Put together burgers on the range – four scrumptious suggestions

Kids study the fundamentals of cooking