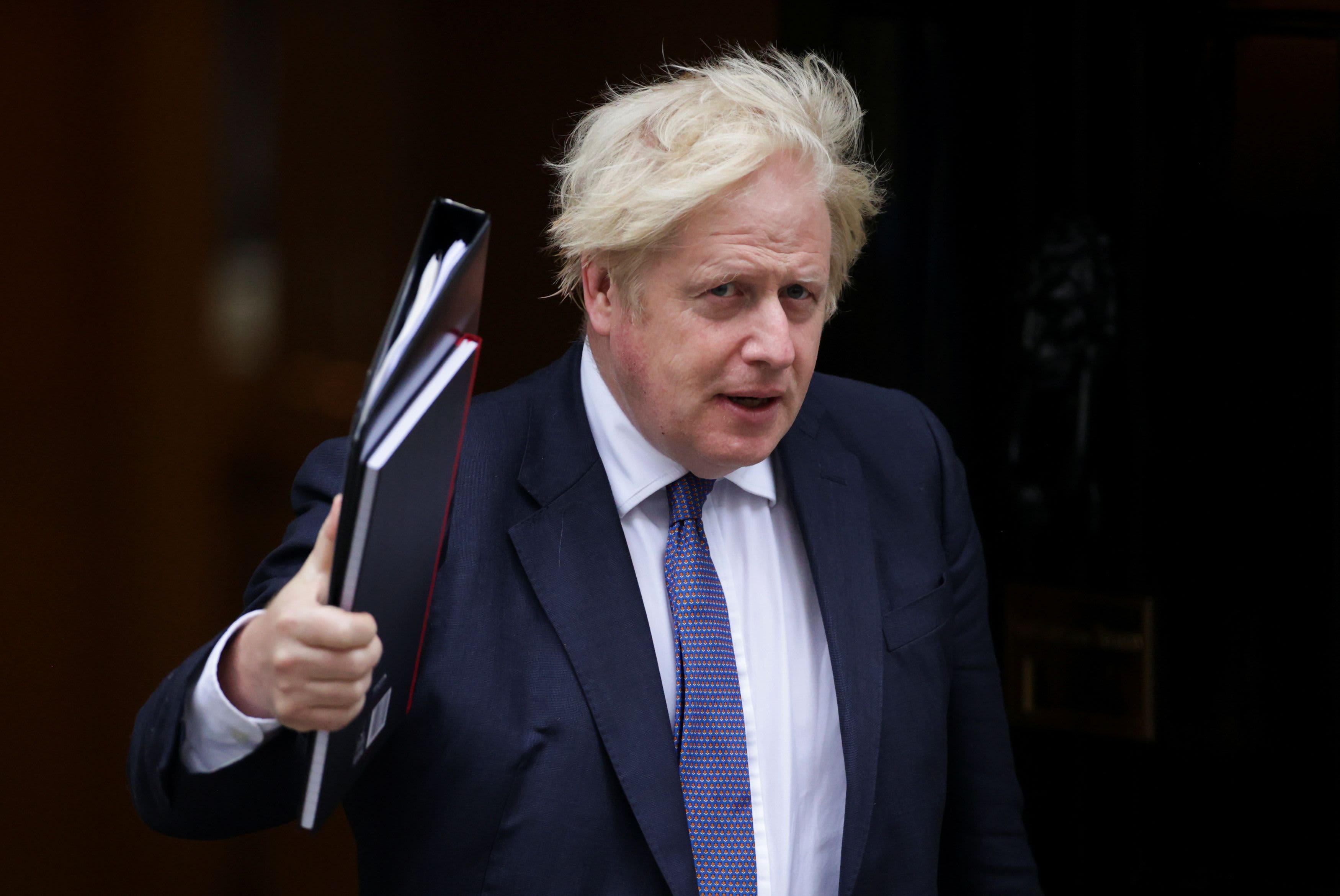 As of April, Johnson’s administration plans to introduce a new 1.25% health and social security tax on earned income across the UK. Tax rates on dividends paid by shareholders will increase by the same amount. It will start as an increase in the existing social security rate (a current income tax) and become a separate income tax in 2023.

The increased taxes will bring in nearly £ 36 billion ($ 49.6 billion) over the next three years, according to the government, with the money from the levy going directly to the UK’s health and welfare systems.

The plans require parliamentary approval before they can be incorporated into law.

Speaking to lawmakers in the House of Commons Tuesday, Johnson said it was “wrong for me to say we can pay for this pandemic without making the difficult but responsible decisions about how to fund it”.

Since the new tax rate represents a permanent additional investment in the health and social services, it is “irresponsible” to cover the costs through more borrowing, said the Prime Minister.

“Some will wonder why we don’t increase income tax or capital gains tax instead. Income tax is not paid by corporations, so the entire burden would fall on the individual, roughly doubling what the property taxpayer could expect. And total capital gains tax revenue this year is less than £ 9 billion, ”he told politicians.

“Instead, our new levy will split the costs between private individuals and companies, and everyone will contribute according to their means. Those who earn more will pay more Entrepreneurs and investors should also make a fair contribution. In fact, the top 14% pay about half of the income. “

By raising taxes by 1.25%, Johnson’s administration aims to address crises in welfare funding and National Health Service waiting lists, the latter of which has skyrocketed amid escalating pressure on health services during the Covid-19 pandemic .

Under UK National Insurance, workers and employers pay a levy that finances certain welfare programs such as state pensions, statutory sick pay and maternity allowance. People over the statutory retirement age do not pay the fee, which effectively lowers their tax burden.

England’s NHS will receive a £ 5.4 billion cash injection over the next six months to bolster its response to the Covid-19 crisis, the government said on Monday. Of this funding, £ 1 billion will be used to help reduce the treatment backlog left by the pandemic.

In August, an analysis conducted by the Nuffield Trust found that nearly 1.2 million people in England had to wait more than six months to access key NHS services such as cardiology and brain surgery.

Johnson also announced Tuesday that new welfare reforms will include a cap on how much individuals pay for care during their lifetime. As of October 2023, this amount will be capped at £ 86,000, although this may not include the price of nursing home accommodation.

Currently, people in England have to pay for their own care if they have savings and assets over £ 23,250, which means that social care is rarely funded by the state.

A restructuring of the country’s welfare system has long been expected as people are often forced to sell their houses to cover care costs.

In his first speech as Prime Minister in 2019, Johnson said his administration would “resolve the welfare crisis once and for all” and vow to “give every elderly person the dignity and security they deserve”.

However, the prime minister’s plans have been criticized by some lawmakers from his own Conservative party, many claiming they would break promises the party made prior to the election to form a majority government.

Ahead of the country’s last general election in 2019, Johnson promised on the Conservative manifesto not to raise income tax, sales tax or social security.

House of Commons Chairman Jacob Rees-Mogg wrote in his column for the Sunday Express over the weekend that Johnson’s tax turnaround could cost Conservative votes. Following the famous quote from former US President George HW Bush: “Read my lips: no new taxes,” Rees-Mogg argued that “voters remembered these words after President Bush forgot them”.

Economy Secretary Kwasi Kwarteng, Trade Secretary Liz Truss and Justice Secretary Robert Buckland are also said to be concerned about the plans, as are many conservative lawmakers who are not members of Johnson’s cabinet, the Guardian reported.

How to Eliminate Shoulder Pain

The Homedics Foot and Calf Massager